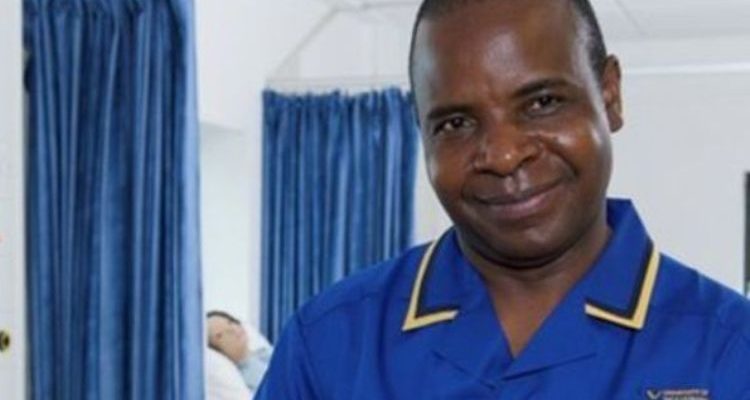 Can ordinary sugar be used to heal wounds that haven’t responded to years of traditional treatment?

It’s an extraordinary idea, but one I’ve been tracking for five years now. And it all started with a man called Moses Murandu.
When I first met him, he was a nurse who believed he could treat leg ulcers using a traditional African treatment. Packing sugar into nasty ulcers and wounds.

Those that won’t heal are really unpleasant for people affected. They can start for all sorts of reasons, but once established they are really hard to cure and can last for years.
The ulcers become infected with bacteria. But because bacteria live in a thin, slimy film on the surface of the wound which is outside the body they aren’t affected by antibiotics.

Once infected, the skin and flesh break down further leading to more infection. Patients lose the ability to drive and walk and are in considerable pain. The wounds just keep growing.

One of the most unpleasant effects is the smell these ulcers give off. One sufferer told me he had to keep his daughter’s dogs away from him because they’d smell his legs and go straight for them.
Moses, a senior lecturer in adult nursing at the University of Wolverhampton, is an extraordinary man.
As word of his treatment got out, more and more people would search him out. He would travel all over the country to help people in his spare time.

While the results of this ad hoc approach were great for those who tracked Moses down, it was clearly a better idea to try and get this approach sanctioned as a recognised NHS treatment.
The problem is a proper clinical trial is expensive and there’s no money in sugar. The very cheapness of the treatment actually counts against it when trying to prove it works because no one will put up the cash for a trial.

Clinical trial
Nevertheless, after several years and some limited pilot studies, Moses has now completed a clinical trial, while at the same time finishing his PhD studies at the University of Birmingham.
He is very confident that the results will be enough to convince the NHS that this treatment does work. He is publishing the study shortly.

In the meantime those patients he has treated are looking to set up a charity to help fund this work and to spread the word about the treatment.
Speaking to those who Moses has helped there’s no doubt they view his sugar treatment as little short of miraculous.

Del Ripley told me how once the wounds on his legs healed he asked his wife to get him his shoes so he could go outside. But after 13 years of ulcers and being unable to walk she’d given them all to charity.
Hopefully this new research will mean more people will be able to convince doctors and nurses to try this treatment and they too can go out and buy brand new shoes.